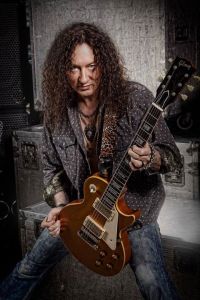 Next time on Third Eye Cinema: one of the busiest axe slingers in the European metal scene!

A founding or longstanding member of and driving force behind numerous major acts such as Primal Fear, Sinner, Voodoo Circle as well as his own Silent Force, this man has written and performed on more albums than most musicians can lay claim to in a lifetime.

After a staggering 7 year silence and nigh-complete reorganization of membership, his primary act Silent Force has made a dramatic comeback with several notable scene veterans in tow!

Join us as we guitarist, producer and bandleader Alex Beyrodt,
only here on Third Eye Cinema!